Touch Embroidery includes a few specialty items of interest. These are admittedly a bit cryptic. They are modeled after drawing machines. Namely Cyclocycloid, Harmonograph, and Pintograph.

Cyclocycloids are typically child toys. Spirographs™ and Magic Pattern devices. You place the two differently sized circles together and move your pencil around the device and do to the different ratio of the different circles, you get radically different patterns. Inside Touch Embroidery the idea is the same, but I replaced the device with math. I also tried to lay out the handles similar to how you would find them on such a device.  Most of the handles on the widgets can be moved. To adjust the major and minor and offset. Once one item has been adjusted the nudgebar can be used to move that property by much smaller amounts, and in an animated fashion. There are also two other handles there that can be grabbed and dragged, typically in a circle. This is admittedly an odd interface, but these control the "Degree Step" and Rotations.

The degree step is a property of how often the Cycy (cyclocycloid) is sampled, since sewing machines cannot sew curves, it matters how far apart you decide sample. And amazingly, there are really awesome unique patterns when the degree sample is 360/n where n is an integer. If you adjust it up to 60° (360° / 6) it will create really awesome 6-node patterns. I haven't seen any math texts discuss these or explore them, generally because they would simply do the curve rather than sample the curve, but they are really great and you can sew them. 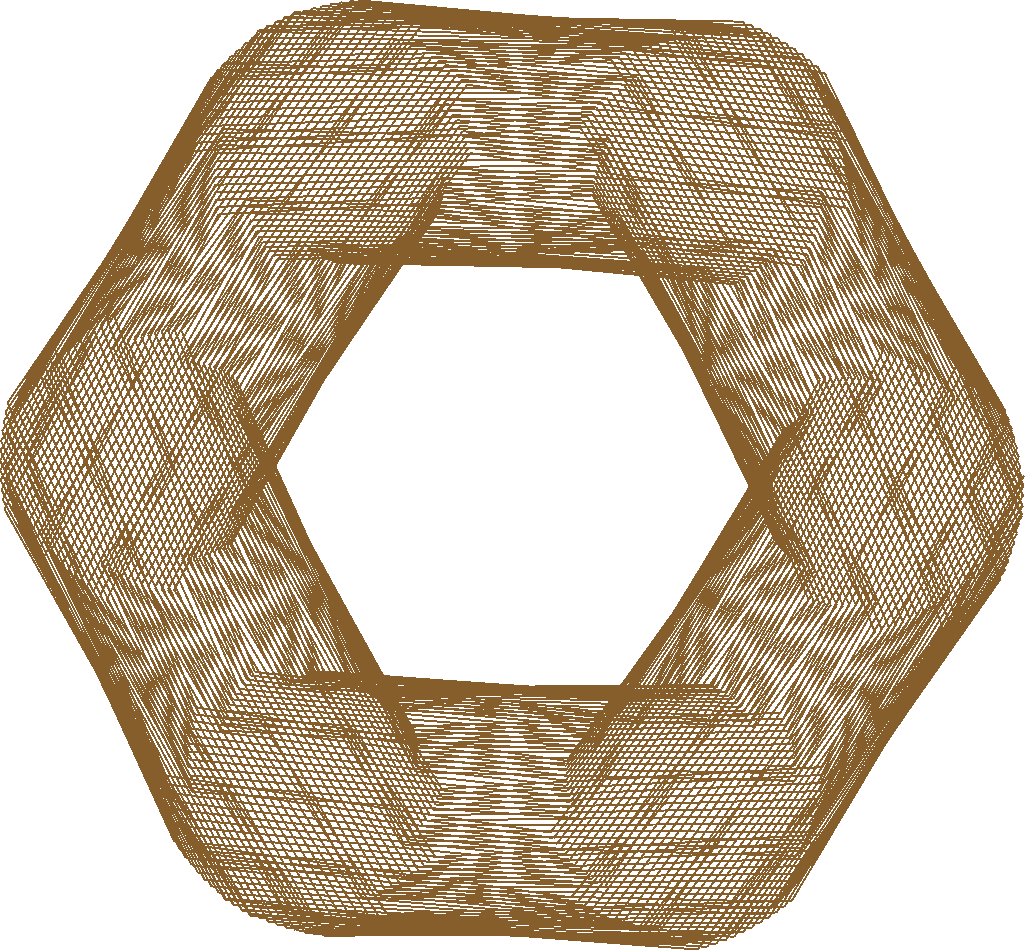 The rotations is how many times you go around. Sometimes you want a less dense pattern and sometimes a more dense. But, often you can have your pattern become colinear, where it does the same pattern more than once. This isn't desireable and you should adjust the Rotations down to the minimum value while still maintaining the pattern you like. https://en.wikipedia.org/wiki/Spirograph. 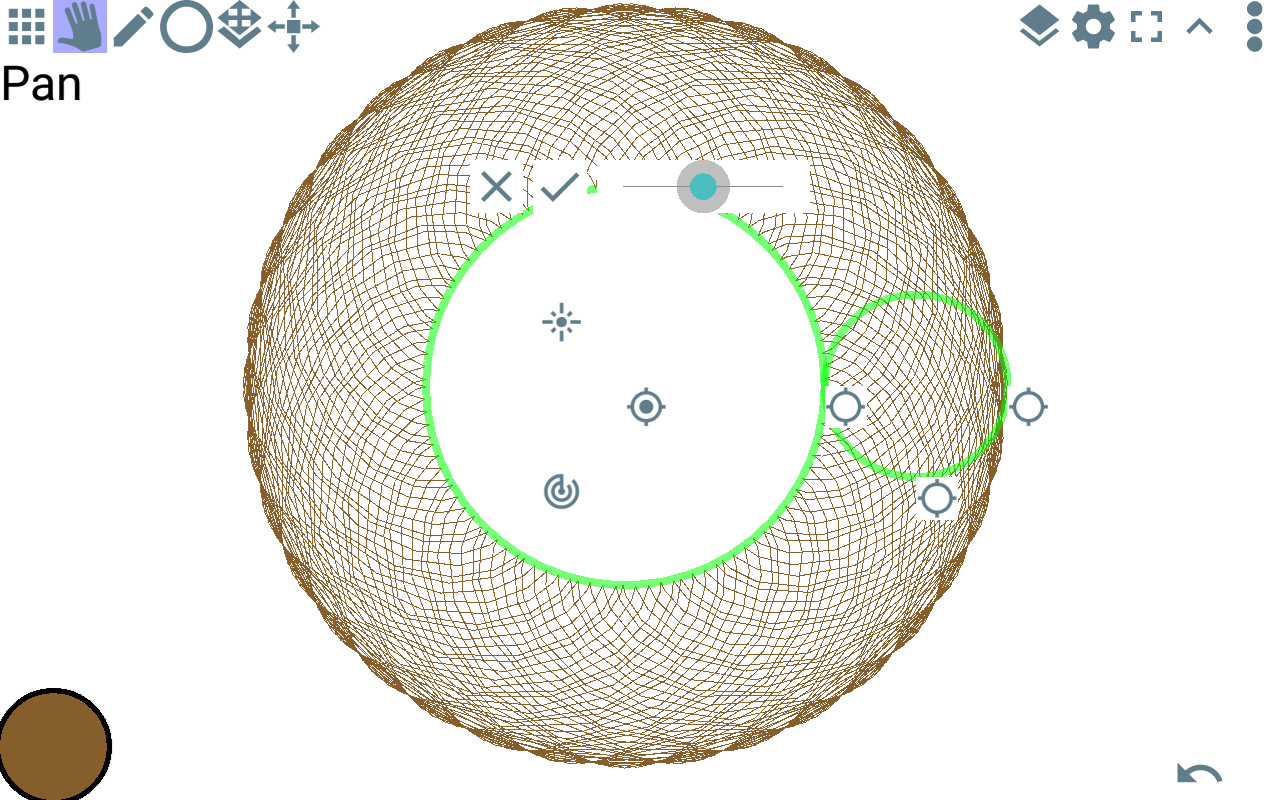 A Harmonograph is similarly a drawing machine. They were very popular in the 1890s and still today have people building the physical devices. They are often a pen attached to dual pendulums. They very commonly produce Lissajous curves. as well as some other interesting points. Since the concept of superpositioned pendulums is so basic, I also added a series of other shapes. Namely, Circle, Oval, Pendulum X, Pendulum Y, Polygon, and Spiral. You can keep hitting the random button and find a curve you like, or personally adjust the properties of the added item. These can be accessed by clicking on them in the scene on the curve. You get a series of different colored dots and the shape, these are all the properties that can exist for that shape.  It's not a trivial amount of things you can fiddle with. Also, do note that technically one could view Cyclocycloid as a subset of Harmonographs as non-decaying circles. In fact, if you remove the shapes and add two circles, you'll get a cycy. 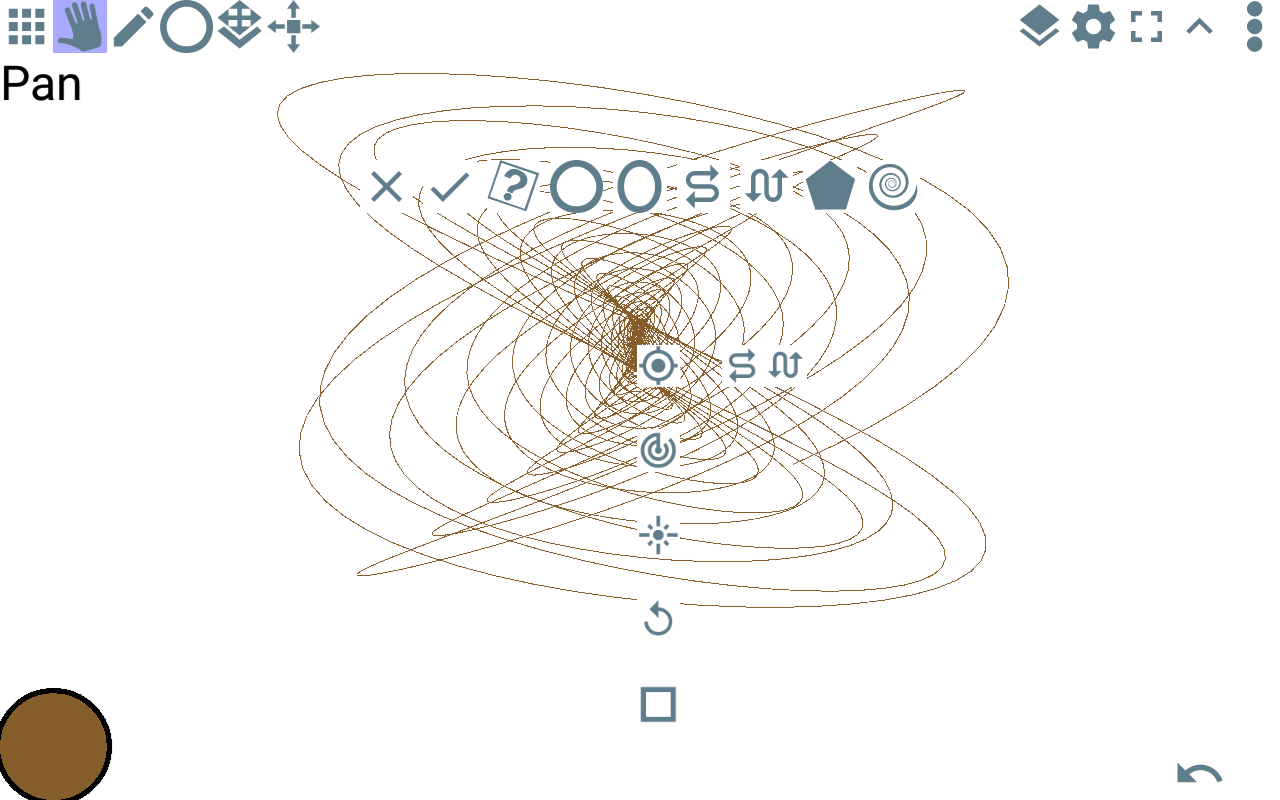 Finally, Pintograph is one of the rarer drawing machines. It's largely made with two rotating disks and a pantograph between them. It causes harmonic motion that can be extended by the pantograph (long scissor like devices that get longer when they are close together). 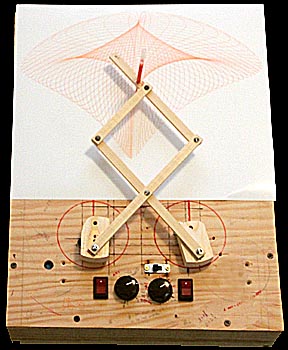 Similarly to the other interfaces I tried to make it look like the actual device. Basically the spinning speed of the disks sets up the harmonic motion. This, in turn, draws an image. 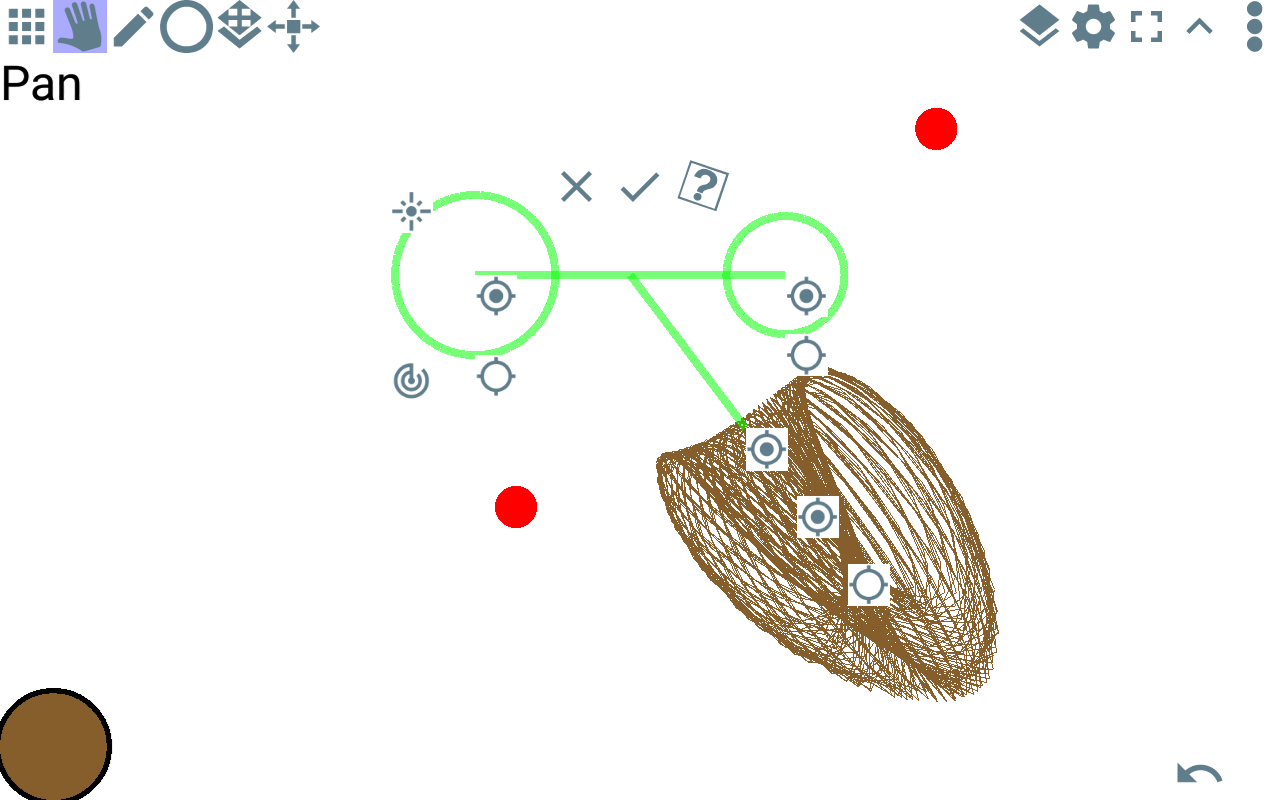 Even if you don't care about embroidery, you can download the app and mess around with Pintographs and other such built machines and export the results to SVGs or whatnot.

Why not? Thes drawing machines share a delightful property. They are by definition single continuous lines. If I introduce a sampling to the curves they produce I can produce a perfectly reasonable and sewable result. I have sewn out on of the Cyclocycloids before and it worked exactly as expected. They make some rather fantastic patterns Even without any artistic ability you can produce a lot of high quality content with these devices. Most all of the handles are different properties and they can and should be played with. They should all be safe. Try messing with something, pick something one and move it around.